By astarchemistry on November 2, 2018 in

Enthalpies of Hydrogenation of Benzene

Side Groups on Benzene

Electron releasing groups that are added to a benzene ring, release electrons into the delocalised system increasing electron density and making it more attractive to electrophiles

Reaction of Phenol and Bromine

Phenol doesn’t need an FeBr3 catalyst and undergoes multiple substitution reactions
In phenol, the lone pair of electrons on the oxygen (p-orbital) is partiallydelocalisedinto the ring, so the electron density increases and the Bromine is more polarised.

Reaction of Amines with Acids

Addition of sodium hydroxide to the ammonium salt will convert it back into the amine.
These ionic salts will be solid crystals, if the water is evapourated, because of the strong ionic interactions
A basic buffer can be made from combining a weak base (e.g. Methylamine) with a salt of the weak base (e.g. Methylammonium Chloride)

Reaction of Amines with Halogenoalkanes

Formation of Amines from Nitriles

As the reaction is carried out with HCl the salt C6H5NH3+Cl- forms. Reacting the salt with sodium hydroxide gives phenylamine.
The phenylamine produced is best seperated from the reaction mixture by steam distilation

Acidity and Basicity of Amino Acids 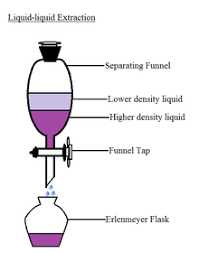